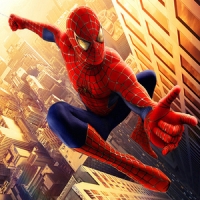 (SoapOperaNetwork.com) — Is the masked Marvel Comics superhero bringing his “spidey sense” to Llanview to save the town’s unsuspecting residents from impending peril? Not really, but a dayplayer in a Spiderman costume will be making an appearance on the show soon, much to delight of a certain Llanview tyke.

Matt McGorry posted last month on his website that he had just “Booked a recurring role in 3 episodes on ABC’s ‘One Life To Live’ playing Spiderman.” The episodes will air in mid-July when his character is hired to entertain at a child’s birthday party. However, an incident that occurs just before he is set to perform, could place several Llanview residents in danger.

On a related note, click here to view some pictures of several “OLTL” cast members donning Spiderman masks last month as they were taking a break from filming scenes involving the comic book superhero.