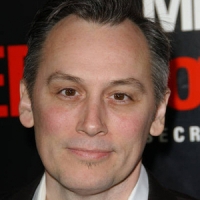 (SoapOperaNetwork.com) — David Aaron Baker returns to “One Life to Live” in a new recurring role, and will share a connection to one of Llanview’s less than honorable teen citizens.

Soap Opera Digest is reporting that that the actor has been cast as Brad’s (Frank Dolce) father. Remember that Brad has been Jack’s (Andrew Trischitta) sidekick the past few months, while the Manning heir has been tormenting Shane Morasco (Austin Williams).

Long-time fans may recall that this isn’t Baker’s first stint in Llanview. He originated the role of the blackmailing lab technician Jeff Barnes in 1999 (which was later taken over by Michael McGee), who put the screws to Lindsay Rappaport (Catherine Hickland) after she paid him to change the paternity test results for baby Matthew Buchanan (Eddie Alderson), so she could get Nora (Hillary B. Smith) out of the way and have Bo (Robert S. Woods) all to herself.

Look for Baker to first air as Brad’s dad on Friday, June 24.

Carlos Gonzalez posted that he will be playing a cop on “One Life to Live” from May 25 through June 6, along with a picture of him and his fellow dayplayer cops on his website.