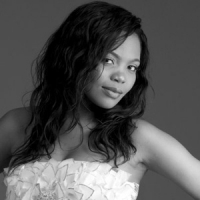 (SoapOperaNetwork.com) — According to TVSA, the self dubbed South African TV Authority website, South African actress Terry Pheto has joined the cast of CBS' "The Bold and the Beautiful" as what else but a "world renowned, South African heart surgeon." The actress begins taping at "B&B" on Monday, June 13.

With more details on the matter than is currently available to its American counterparts, website All4Women is reporting that producers of "B&B" have been wanting to create a storyline surrounding a South African character for a while in order to reach out to the soaps large fan base in that country. This was no more clearer than when "B&B" stars Jacqueline Macinnes Wood (Steffy Forrester), Brandon Beemer (Owen Knight), and Jack Wagner (Nick Marone) visited South Africa in a 3-city tour in February to meet with the shows fans. Guests at South Africa's Jo'Burg Fashion week were also treated to appearances by Wood and Beemer, who specially modeled pieces for famed South African designer David Tlale's latest autumn/winter collection.

Pheto, who is excited to be joining the "B&B" cast, told All4Women that "this is the opportunity of a lifetime and I look forward to sharing the screen with my soapie heroes Katherine Kelly Lang [Brooke Logan] and Susan Flannery [Stephanie Forrester], while sinking my thespian teeth into a challenging role."

The actress is best known for her starring role in the South African Academy Award winning film Tsotsi, which went on to win the 2006 Oscar for Best Foreign Language Film, Pheto became the face of L'Oreal Paris in Summer 2008.

In South Africa, "The Bold and the Beautiful" is broadcast on SABC 1 Mzansi Fo Sho weekdays at 18h00 with a repeat the following morning at 08h00. Episodes involving Pheto are expected to hit South African screens in 2012.