Home / News / David Fumero Re-Ups with ‘One Life to Live’ 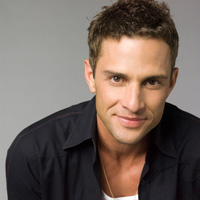 (SoapOperaNetwork.com) — Following a series of contract negotations, David Fumero agrees to keep Cristian Vega in Llanview for the foreseeable future.

After hearing last week that the talks “could go either way,” a source close to the actor tells ABC Soaps in Depth that he has signed a new contract with the soap, although the length of which has not been announced.  A spokesperson for “OLTL” later confirmed the report.

Fumero took over the role of the younger Vega brother from Yorlin Madera in June of 1998. He left the show in October 2003, only to return briefly from late 2004-early 2005. In September of that year he returned to the show full-time. Fumero is married to his his former co-star Mellisa Gallo (ex-Adriana Cramer).