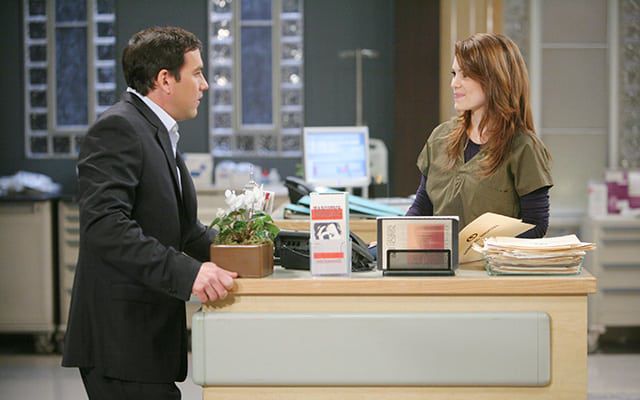 (SoapOperaNetwork.com) — Casey Deidrick portrays Chad DiMera on the popular NBC daytime drama series “Days of our Lives” and he’s grateful to be in the company of some fine actors. Soap Opera Network spoke with Deidrick on the red carpet at the “38th Annual Daytime Emmy Awards” on Sunday, June 19 and the actor shared some interesting information about the parties being held during Emmy weekend, the upcoming gay storyline hitting “DAYS” and the rumors surrounding co-star Chandler Massey, whose character, Will Horton, is said to play a major role in it.

“They don’t tell us actors much,” said Deidrick when asked about the gay storyline hitting the show. “I do know there is something in the works. I’m not sure if it is Chandler Massey or another character, but I’m really looking forward to it and I think it’s going to be a great storyline.”

For more from Deidrick, tune into our Soap Opera Network: On the Red Carpet interview below.