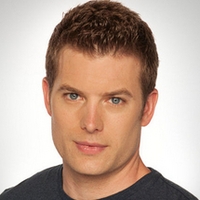 Natalie and Brody make the decision to pursue a relationship and provide a real family for their son, though they know they’ll be jeopardizing their relationships with a lot of people, especially Jessica. Natalie wants no more secrets from John and leaves to tell him how things stand with Brody. Left alone, Brody listens to the tape and hears Marty confessing that John is really Liam’s father.

John gives Blair the details of Jack’s arrest and subsequent release. Blair is upset about her son’s behavior and Todd’s interference on his behalf. John and Blair’s conversation turns to the subject of other personal relationships and Blair advises John to try to move forward with Natalie. John prepares to tell Natalie he thinks he can get past what happened, just as Natalie prepares to tell him she’s moved on with Brody. Upset off his fight with Téa, Todd gets drunk and ends up telling Marty’s secret, that Liam is John’s son, to a fellow drinker, Vimal.

Téa sees Tomas for the first time in days and admits she and Todd had a fight. Tomas reveals he has a son who will be living with them. Meanwhile, Baz is in no hurry to embrace Tomas as his father, but Dani talks him up and suggests he give him a chance. Baz seems more interested in getting to know Starr better. Starr finds Jack upset and learns about the trouble he was in and gleans his real responsibility for what happened. Starr gives sisterly advice and suggests this is an opportunity for Jack to turn his life around and not turn into a carbon copy of their father.

Rama seeks out Cristian and finds him in the steam room where she tries to explain why she wasn’t honest with him about her part in Vimal’s incarceration. Rama hints at something in her background that has made her desperately afraid of poverty but stops short of explaining more. Though Cristian refuses to forgive her, he is left affected by her visit and wondering about her life before Llanview.