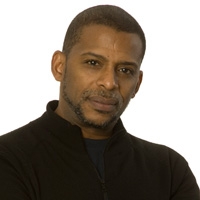 Jesse asks “Erica” about the kidnapping. Jane says she hasn’t thought about it since returning to her family. When Jesse asks why she’s working with David all she’ll say is she can handle it, she’s Erica Kane. After her chat with Jesse, Jane worries that now David’s gotten what he wanted from her he will turn her over to everyone else. She’s fearful she made a mistake and could wind up going to jail. David finds Jane after her chat with Jesse and having dropped her “Erica” persona is nervous again. David pulls her into a kiss and tells Jane he wants her.

JR tells Tad his mom would be disappointed with some of the things he’s done lately but reveals he and Marissa seem to be back on track. Tad offers to take JR to lunch for his birthday but JR passes. At lunch Tad confides in Krystal that like JR he’s afraid that now he has something good he’s going to screw it up. Jake asks Amanda if they should start trying for another baby. Worried about her cramping, Amanda pulls back and says she must get some important documents to JR. Amanda goes over to see JR and expresses her concern that they didn’t use protection. She says her and Jake are trying to have a baby and JR insists that what they did will not affect either of their relationships and despite his reassurance Amanda is still worried. Back home with Jake, Amanda experiences more stomach cramping and hopes to herself that she isn’t pregnant.

Asher unexpectedly kisses Colby and wants to make love. She tells him she wants to wait until he’s all healed but does declare they are officially boyfriend and girlfriend.

Maya shows up with a black eye and insists no one did this to her. Colby and Asher follow Maya and find her in the park with Mookie. Asher springs into action and punches Mookie when he sees him grabbing Maya’s wrist. Maya says he has the wrong guy and that Mookie’s just a friend trying to stop her from seeing an abusive ex-boyfriend. Once alone, Mookie asks who her friends are and apologizes for hitting her. He swears he won’t do it again and thinks that by her lying to her friends proves she really loves him.