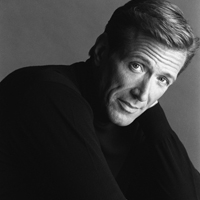 Opal tells Jackson she feels like she’s lost her best friend. Jackson’s tried to get Erica help but it hasn’t worked. Jane starts coming onto David and he pulls away, saying he has a meeting. Her mission is no longer to be the most famous woman, she just wants David, and if he doesn’t stay she will tell everyone she was blackmailed. David shoots back that Kendall could go to jail if the truth comes out but Jane doesn’t care about Erica’s family. In order to get Jane back under his spell David kisses her. As they begin to make love the fire alarm goes off and they go running out of the room only to find Greenlee. She questions how Erica could do this to her father and slaps David. David tells Jane she can blame what’s happened on the stress she’s been under. Griffin tells David they have a problem that Greenlee has started to remember. David thinks Ryan is getting too close. Kendall asks Griffin what his deep, dark secret is and Griffin says he’s boring and has no secrets. She knows he’s holding something back and says he’s acting like Zach. Realizing what she’s said, Kendall fells bad that he came back to PV for her and she brought up Zach. Jane shows up at Kendall’s and finds Bianca, Opal, Jackson and Greenlee and they admit this is an intervention. Jane insists she isn’t drinking or popping pills but Kendall says it’s about something more dangerous, David.

JR thinks Marissa’s just trying to get back at him when she says she has feelings for Bianca and believes it’s just a front to cover that it’s really Scott she wants. Bianca and Marissa just stare at each other after Marissa’s declaration and JR thinks they’re playing games with him until Marissa says she’s falling in love. JR turns the tables and accuses Bianca of using Marissa to get back at him for what happened with Babe. Marissa tells JR she’s sorry; she wanted a new start and thought it could be with him. JR tells Marissa to get out, and alone, he takes a drink.