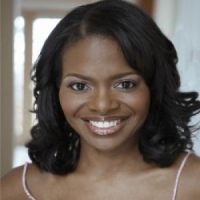 (SoapOperaNetwork.com) — When Broadway star and Tony Award winning actress LaChanze joins the cast of “One Life to Live” later this month in the recurring role of Yvette, she won’t be alone. Joined by Barret Helms (who will play Yvette’s son Baz), the daytime newcomer will also share a surprising connection to several Llanview residents, the identities of which may surprise you.

Since news of LaChanze joining “One Life” first broke nearly a month ago, fans have speculated that her character would be related to James’ (Nic Robuck) old flame Deanna Forbes (Nafessa Williams), based in part due to the show’s strange obsession with a desire to connect every African-American character on the canvas to one another. And while, that may eventually turn out to be true, in a shocking twist, it will soon be revealed that it is actually another Llanview newcomer that Yvette has a history with.

The actress makes her “OLTL” debut on Monday, June 20, when Yvette receives a visit from her estranged husband Tomas (Ted King), which is overheard by Blair (Kassie DePaiva) who ignores Calmar’s (Matthew Conlon) warnings that she stop following Tomas and go home.  Meanwhile Starr (Kristen Alderson) has an encounter with a stranger named Baz (Barret Helms). And, later, Yvette turns Tomas’ world upside down when she makes a shocking confession.

What happens next? Tune in to find out!