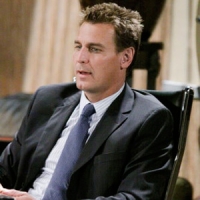 Having incited Shawn to hit him, Jax vows to use his volatile behavior against Carly. Shawn comes clean to Carly about his secret while serving in the military.

Brenda presses Sonny to turn the business over to Jason, but Sonny explains why that cannot happen. Brenda tries to accept, and they make love.

Jason worries he will cost Carly her custody of Josslyn and wonders if he is the one who should quit the mob for the sake of his loved ones.

Lulu erupts at Lucky, throwing all the 12-step jargon in his face – and she starts drinking. Realizing he can’t force his father, Lucky decides to track down Luke. Siobhan joins Lucky in his search as Dante comforts Lulu at the Haunted Star.

Reeling from Luke’s disappearance, Ethan confides in Kristina – to her delight. He decides to seek out Maya, but discovers her in bed with another man.