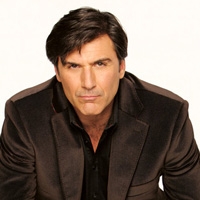 David helps Jane administer the epi-pen but makes her sign papers reinstating him to the hospital first. He asks who Jane Campbell is and she tries to cover. When David sees a photo of an unfamiliar little girl Jane screams at him to leave it alone. David concludes from the scars on her hairline – as well as all the peculiar recent happenings – that Jane’s an imposter. Jane confirms but says she loves Erica. She pleads with him not to say anything to anyone and points out how she can help him by being Erica. Meanwhile, Erica appears to be getting closer to the henchman and he seems to have taken a liking to her. He tells her his name is Ben and Erica’s hopeful about the connection they’ve made.

Cara deals with the consequences of what happened between her and Jake. Tad notices something’s off with his wife but Cara doesn’t want to talk about it right now. Griffin figures out what happened with Cara and Jake after she tells her brother that her marriage can never be real because of her. Jake is hit with memories of his past with Cara and the time she left him when they were overseas.

Kendall wants to work with Griffin on the Miranda Center. Griffin agrees to help Kendall with her idea for a new center.