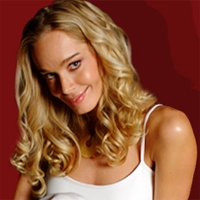 At the cabin, Liam declared to Hope that he is not the father of Amber's child and he revealed all of Amber's lies. Oliver wondered who the real father was. Liam told them it was Marcus. Hope couldn't believe it and wondered how Amber thought she could fool them. Liam told her it was because Amber thought the baby would be Oliver's. Hope looked at Oliver with disgust. Oliver fessed up and finally told the truth that he slept with Amber before. Hope was angry that he didn't tell her. Oliver said it was only once. He said he loved Hope but she kept pushing him away. Oliver said he was only human. Liam told Hope that the dark cloud hanging over them was finally gone and that was all that mattered. Oliver decided to go and wished Liam and Hope good luck. Hope and Liam kissed.

Bill proposed a toast with Katie and Brooke to Liam not being the father of Amber's baby. Katie and Brooke raised their glasses but cringed at the fact that they're now great aunts to Amber's child. Later, Katie left and Bill and Brooke talked to Liam and Hope on speakerphone. Bill told Liam this should be the best day of his life. Brooke talked to Hope and told her that this was her fairytale ending. They hung up and Hope told Liam she was proud of him for sticking by Amber. She expressed how disgusted she was with Tawny and Amber. Liam haulted her rant with kisses. Later, Hope asked him about his disappointment over not being a dad after all. Liam told her he would've loved the baby, but still is not ready to be a dad. He told her that when he is ready, he wants her to be the mother of his child. The two kissed and simultaneously decalred their love for each other.

Tawny told Amber that Marcus being the father has halted their plans. She stepped out. Donna, Justin, and Marcus came in to see the baby. Marcus held the baby for the first time. Donna noted how beautiful the baby was. Justin maintained his stern stance. Donna told Justin not to go off on Marcus right now because he's still in shock. Donna walked over to Amber and scolded her for what she did to Liam. Marcus told her that this wasn't the time. Donna backed off but warned Amber thats she wouldn't let her use the baby to take advantage of her son. Tawny came back and wondered if any names were picked yet. Amber suggested the name Ambrosia. Marcus thought about Rosie. Tawny was more concerned about the last name, which she thought should be Forrester. Marcus yelped that he won't have any part in taking advantage of the Forrester's. He accused Tawny of seeing all this as nothing but a meal ticket. Amber kicked Tawny out of the room. Marcus held the baby again and told Amber she was their little angel. Amber told him they could worry about the last name later. She asked him to take care of the baby for a little while so she could get some sleep. Marcus told his mother that he didn't plan on being a father. Donna told him life just works out this way and that it's a miracle. Marcus wondered what if he wouldn't be able to do this. Donna told him he would. Later, Tawny came back to Amber's room while she was alone. She asked what their next move should be. Amber told her to just stop. "I love my little girl so much, and I'm not going to use her to try and get rich," Amber declared. Tawny left the room after telling Amber she gives up. Marcus returned and told Amber he wouldn't let her try to trap him like she did to Liam. Amber promised him that she wouldn't. She said they'll be friends and parents together. She thanked Marcus for giving them their daughter and said this was the happiest day of her life. The two sat and enjoyed their baby together.