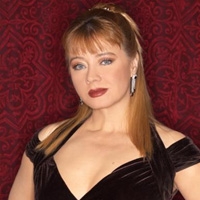 Amber screamed with intense pain during her labor. The doctor delivered a baby – a girl! The doctor placed the baby in Amber's arms and Liam cut the cord. Tawny noted how dark the babys skin was and asked the doctor if maybe she had jaundice. The doctor said that the babys skin looked fine and healthy. Carl prompted Amber to tell the truth. Amber looked up at Liam and told him she didn't know. Bill grabbed the paternity test out of Carl's hands. Carl revealed that Marcus was really the father. Liam clenched his teeth together in anger and disbelief over Amber lying to him. Bill asked Tawny how she fixed the first paternity test. Tawny blurted that they thought it was Oliver's baby and that she had no idea Marcus was a contender. Liam asked Amber if they really had sex. Amber cried and said they didn't. Tawny told Amber that she still did right by her child because it's a Forrester. Bill told Tawny that she was a clueless bitch. He said he would prosecute them but couldn't because it's Justin's Grandchild. Liam continued to be in disbelief over Amber lying to him. He said there was a moment when he thought he was ready to be a dad. "Well thank god, because when it happens for real, it'll be with the women I love," he said before storming out. He unsuccesssfully tried to reach Hope when he got in the elevator. Bill went into the hospital corridor and told Katie and Justin that the baby looked a lot like its Grandfather. He placed the cigar Justin gave him in Justin's pocket. "Congratulations, Grandpa." he told him.

At Forrester Creations, Marcus kissed a model. Another model named Mary interrupted and told the other girl that Marcus was kissing him that same way in Paris three weeks ago. She walked away. Marcus talked with Mary about their long distance relationship. He said  he plans to stay free and easy. Just then, he got a call from Justin, who told him to head down to the hospital.

At the Big Bear cabin, Hope struggled to give Oliver an answer to his marriage proposal. She reminded him how she felt about Liam. Oliver told her that he has a baby now. Hope said she had a lot to think about and wondered what was going on at the hospital. Thunder raged outside and the power went out. Hope fell into Oliver's arms. He urged Hope to turn off her phone and to forget about the baby. Meanwhile, at Forrester Creations, Liam came by looking for Hope. Pam told him that she was at Big Bear with Oliver. Pam wondered why Liam wasn't with Amber right now. He told her he was not the father of her baby after all. Pam urged him to hurry and get to Hope quick because of Oliver's plans. She gave him the address to the cabin and Liam stormed away. Later, Hope paced around the cabin not sure what to do. She once again noted how this night changed everything. Oliver kissed her and pressed her to marry him again. Suddenly, Liam bursted in. He told Hope that he is not the father!

Marcus arrived at the hospital. Justin asked him about his relationship with Amber. The two went into Amber's hospital room. Marcus congratulated Amber and asked where Liam was. A nurse brought the baby in. Marcus put two and two together and wondered if he was the father. Amber told him that he was. Justin said he was sceptical about it and said he wanted a test done. Tawny noted that they've already done a test. Amber and Marcus looked at each other and smiled. "I'm a father!" he said graciously.