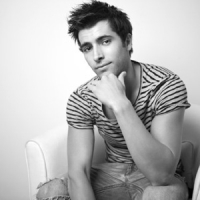 (SoapOperaNetwork.com) — While "Days of our Lives" has still not officially confirmed that actor Freddie Smith has joined the cast of the NBC daytime drama series, Soap Opera Network confirmed two weeks ago that Smith had signed on with the show and will be portraying the role of Sonny and we can now confirm his first airdate will be Thursday, June 23. If that was't all, we can also confirm that Sonny is in fact one of Adrienne and Justin Kiriakis' (Judi Evans and Wally Kurth) son's. To be precise, presumably the name "Sonny" is a take-off from their biological son Jackson (the two have three other children either adopted or birthed from other relationships). Look for Sonny's return to Salem to be a welcome surprise for his parents when he reunites with the two at the Cheatin' heart.

According to sources Smith will share his first scenes with Kate Mansi's Abigail Deveraux, Chandler Massey's Will Horton and Camila Banus' Gabi Hernandez. As for those gay rumors surrounding the character of Will, it is understood that Sonny will play a heavy role in that yet-to-be-confirmed upcoming storyline. From what we know of their first meeting, Will and Sonny share an interesting moment where Will wonders what Abigail is doing with the new stranger in town at the pier. Is Will wanting to protect his best friend Chad DiMera (Casey Deidrick) from a possibly cheating heart or does Will just have an instant disliking of Sonny? Either way, graduating from Salem High School will keep Will busy during the summer months as he prepares for his journey to Salem University in the fall.

Speaking of Salem University, "Days of our Lives" is casting for an 18-20 year old gorgeous girl. All ethnicities. Must be under 5'6". Girl is a gorgeous college student who is bright savvy, confident and is not afraid to speak her mind. The role is scheduled to appear for one episode.