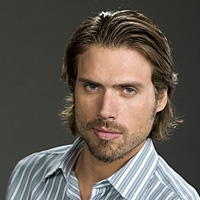 (SoapOperaNetwork.com) — A look at what's happening on "The Young and the Restless" during the week of May 30, 2011.

Chance gets his family together to say good-bye on Monday, May 30. That same day, Chloe and Chance talk on their relationship and share a tender kiss. On Wednesday, June 1, Nikki hits an all-time drinking low and lashes out at Deacon at an AA meeting. The Abbott family continues to suffer: Ashley is arrested again, while the marriage of Billy and Victoria continues to rip apart. The decision over Lucy comes out Friday, June 3.

The Inside Story: The Newman Brothers Work Together While Diane Works on Nick
Nick and Adam head to New Mexico to investigate Sharon's car accident. The two men meet with a forensics expert and they head to the scene of the accident. As the two brothers work on finding out some truth regarding Sharon, Diane, not wanting to be out of the loop, and in hopes of trying to get back with Nick, arrives in New Mexico. When she finally finds him, she only gets her feelings hurt when Nick blows her off. Nick decides to head back while Adam decides to stay put. Trying to find another opportunity to get close to Nick, Diane quickly joins him on the flight back. During the flight, she lets Nick know that Adam and she aren't having sex with one another, but merely friends. Meanwhile, Adam runs into the carjacker who encountered Sharon. While Adam is at the fair, he is unaware that Sharon is also there. He doesn't see her, but she sees him. She soon wonders if she should go to Adam and tell him the truth but decides not to. With no more information about Sharon, Adam decides to go back home. Back in Genoa City, Nick gives in to Diane and the two of them have sex; but unaware that Adam is heading back home.

A Closer Look: The Truth of Cane and Caleb Comes Out
The truth comes to light about Cane when his mother Genevieve comes to Genoa City. After discovering that Colin and Caleb had set their sights on taking the twins from Cane and Lily, Caleb headed to Genoa City to set the plot in motion. Unaware that his evil son was in town, Colin didn't realize it was Caleb, not Cane, that was shot down by Blake when he arrived at the church. Cane, upon seeing what had happened, decided to end his father's reign of terror for good, even going as far as to take on the role of his brother Caleb to get close to Colin to learn of his plan. With Genevieve in Genoa City, she tells her son that they will do whatever they have to in order to stop Colin. Unfortunately, Cane wants to change things when he learns that Lily has been placed into a mental hospital. When he tries to explain to his mother, she bluntly tells her son that they aren't changing anything: their plans will stay as they are. Meanwhile, Jill and Colin learn about Lily's fate and both head to the hospital to see her. When Lily gives Colin an affectionate hug, Colin becomes uncomfortable. Although he is touched by her kind gesture, Colin doesn't change his mind in stealing the twins from her.