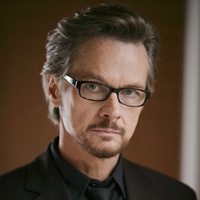 (SoapOperaNetwork.com) — A look at what's happening on "The Young and the Restless" during the week of May 16, 2011.

Billy and Victoria see Lucy for the first time since her being taken away, on Monday, May 16. Adam finds another person to scheme with when it comes to focusing his hatred on Victor. Despite tragedy in the family, Jack continues to focus his attentions on Jabot. Phyllis may have a spring of good news in her favor.

The Inside Story: Tragedy Strikes the Abbott Family Once Again
Hell-bent on proving that Tucker and Diane have something going on with one another, a drunk, yet relentless Abby drives with Ashley to the Abbott cabin. With the car racing out of control on the road, Ashley spots Tucker, who is on the side of the road by his car, emerge. Ashley screams for Abby to stop the car, but it's too, late, as she has ran right into Tucker, knocking him unconscious. With Tucker on the side of the road and Abby also unconcious behind the wheel, a frantic Ashley carefully moves her daughter's body into the passenger's side and she takes her daughter's place in the driver's seat. Meanwhile, Diane, who is on her way to have a nother opportunity with Tucker, sees the accident and stops the car. As she does, she witnesses Ashley coming from the driver's side of the car, and is floored. When the paramedics and police arrive, they quickly rush both Abby and Tucker to the hospital, while Diane takese the opportunity to call Jack to tell him about the accident. When he gets off of the phone with Diane, Jack calls Katherine to tell her what happened. She is devastated, primarily for the way things were left when she and Tucker had last spoken. She and Murphy head to the hospital, while back at the Abbott home, Traci and Jack work on cancelling the wedding. Meanwhile, at the crime scene, the police start looking inside of the car and spot a vokda bottle. They quickly tell Ashley that she needs to take a Breathalyzer test. She agrees to do it and it comes back clean. Diane, in the meantime, wanting Tucker for herself, plots on ruining Ashley by telling the detective on the scene that Ashley deliberately hit Tucker with her car. The detective takes her statement and begins the process of investigating Ashley. As for Ashley, she's at the hospital, by Abby's side, in hopes that she wakes up so the two of them can get their stories of the accident straight. She is unable to, however, when the detective arrives at the hospital, wanting to talk to Ashley. As for Tucker, things don't look good; as he has come out of surgery fine, he has lapsed into a coma. Katherine calls to break the news to Sofia, who arrives at the hospital with Tucker's lawyer. It is learned that Tucker has a living will that has the clause of a DNR. When Katherine finds out, she is further heartbroken. With Sofia in the room with the lawyer, the two discuss who would oversee McCall International and decides that that a meeting is in order to discuss the change of hands. After Sofia leaves the room, she and Katherine get into words about what Tucker wants, and she is later upset to see the doctors removing his breathing tube. Meanwhile, Abby awakens from the accident and slowly learns what took place. Distraught by her outcome of her actions, the young Abbott breaks down, while her mother tries her best to keep her lies from being discovered.

A Closer Look: Colin's True Motives Come to Light
When Cane shows up at the house, Lily becomes unhinged. As she is talking to him, she is unaware that Colin has arrived to the house to pay her and the twins a visit. Inside of the house, Cane lets Lily know that while she can see him, nobody else can. When Colin comes in, he questions Lily on who she was talking to, seeing that nobody else is in the house but her and the twins. Lily quickly covers and tells him that she was saying a prayer out loud, while Cane, who is in plain sight only to Lily, watches Colin and she talking. When Colin departs, he takes his concerns directly to Neil, telling the father of what he's overheard. He points out that there could be something seriously wrong with Lily. Neil, listening to what Colin is telling him, however decides that something could be wrong with Coliin, and begins to put up the red flag, calmly telling the older gentleman to refrain from talking about Lily in a negative light. Meanwhile, back at Lily's apartment, she and Cane are getting hot and heavy on the couch when Neil, after talking to Colin, decides to see what's going on. Hearing her father, a startled Lily quickly gets herself put back together and nervously welcomes her father. As one father shows concern for his daughter, Colin, however, begins to plot on how to get his grandchildren away from Lily.