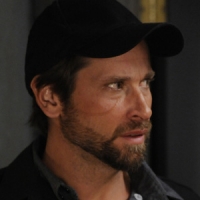 (SoapOperaNetwork.com) — “One Life to Live” fans have yet to learn if Roger Howarth is indeed playing his old alter ego Todd Manning, or if he is playing someone else entirely. However, one thing is for certain. On the same day that Howarth made his much anticipated return to Llanview after a decade’s long absence, his character has already been credited with a less-than-subtle name.

But does that mean that he is the real Todd Manning, whose infamous scar defined the character for nearly ten years, before he was said to have had plastic surgery after the role was taken over by Trevor St. John in 2003? Only time will tell. In the meantime, “One Life’s” head scribe Ron Carlivati promises many twists and turns in the weeks to come, which will leave viewers guessing as to the identity of the real Todd Manning. All we can say is, tune in to find out what happens next!