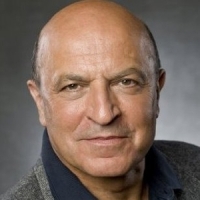 (SoapOperaNetwork.com) — Nearly a decade before he first stepped foot in Llanview as the the villainous Carlo Hesser, Thom Christopher played a role that was ahead of its time — literally. In 1981, the soap vet originated the role of the half-man, half-bird warrior known as The Hawk in the sci-fi series “Buck Rogers in the 25th Century.”  Next month, he will reunite with his former “Buck Rogers” co-stars Gil Gerald and Erin Gray at Tulsa, Oklahoma’s 2011 ‘Trek Fest,’ billed as “The Southwest’s Premiere Sci-Fi Event.” Also in attendance at the event will stars from the various “Star Trek” incarnations, along with other current and past science fiction television show and movie actors.

The actor tells Broadway World that “Gil (Gerard), Erin (Gray) and all the cast members were so considerate and generous with this character — a new actor on their show wearing Black spandex, knee high boots, a black breast plate, a Taser Gun and the glorious feathered dome of white and black feathers! I have done dozens of personal appearances since the 1980s to the most supportive and amazing fans of Hawk. For a series that ran only 37 episodes, the fan devotion is just incredible. Even during my soap opera fan encounters (appearing on ‘One Life to Live,’ ‘Loving,’ ‘Guiding Light’), fans always asked me about Hawk.”

After “Buck Rogers,” Christopher portrayed Noel Douglas on “The Edge of Night” in 1974. From there he played Dante Partou / Joe Young on “Loving” (1993-1994) and Colonel Dax on “Guiding Light” (1999-2002). But it would be his portrayal of Carlo Hesser on “One Life to Live,” a role he created in 1990 and has played off and on in the three decades that have followed (most recently in 2008), that he is best remembered for among daytime fans.

Tulsa’s 2011 ‘Trek Expo’ will be held on Friday through Sunday, June 24-26 at the John Q Hammons UMAC Arena, located at 6836 South Mingo Street. To order tickets, see a complete list of attendees, and for more information, visit the event’s official website, here.