Home / News / Special Report: Lying to Her Face, ABC Sets Susan Lucci Up for Embarrassment; Plus Timeline to Demise of ABC Daytime Soaps 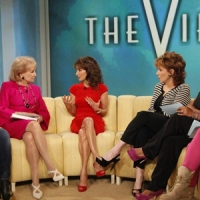 (SoapOperaNetwork.com) — After beginning her press tour in promotion of her new memoir "All My Life," Susan Lucci vehemently denied rumors of "All My Children's" demise as anything but and that said rumors were not coming from ABC. While ABC didn't publicly create the rumor, they sure didn't deny it either…except to Lucci and the cast members and crews at "AMC" and "One Life to Live" after the idea of the two being canceled escalated beyond the networks control in the press. So why did the network leave Lucci to look like a fool on national television for weeks, including on their own networks "Good Morning America," while secretly finalizing plans to launch "The Chew" and "The Revolution?" We may never know the answer to that question, but we can take a look back at the timeline of events leading up to the demise of a genre on the ABC Television Network.

For more than a year, ABC Daytime had been looking at ways to cut down costs across the board for its daytime drama lineup, including the possibility of canceling one of its soaps in order to launch new programming such as a Tori Spelling hosted talk show or even one by Aisha Tyler. Before it came down to talk shows, however, according to published reports the network was looking to cut 20 episodes out of its annual 250 episode and above guarantee of daytime drama. The network was seeking support from the Writer's Guild of America (WGA) to get this done as it would have severely cut down on the amount of money writers at their dramas were paid for and the network's bottom line, although the network went ahead with the plan anyway without any confirmation of a deal being made with the WGA. The idea of 20 repeat episodes of each drama series throughout the year included those already airing on or around major holidays.

A Sequence of Change at ABC Daytime