Home / News / ABC Replaces Soaps With ‘The Chew’ and ‘The Revolution,’ But Everyone Missed ‘The Clue’ 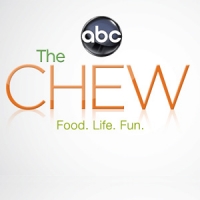 (SoapOperaNetwork.com) — Don't worry soap fans, ABC isn't creating another "The" show…at least none that we've heard of. However, there was a major clue right under our noses that the network was going to be canceling your favorite daytime soaps "All My Children" and "One Life to Live" just one day before the announcement was made. Beginning at 7:00 AM (unclear if it was eastern or pacific time) on Wednesday, April 13, the network posted the first images of "The Chew" crew on their website, ABC.com, along with a description of the series and a biography of the hosts.

According to the posting, "The Chew," is described as "an innovative and groundbreaking daytime program co-hosted by a dynamic group of engaging, fun, relatable experts in food, style, and entertaining." The one-hour daily Talk show co-hosted by Mario Batali, Clinton Kelly, Carla Hall, Michael Symon and Daphne Oz, debuts on Monday, September 26 in place of "AMC."

The network created a Facebook page for the series and posted new clips on the shows official website, on top of the one we exclusively posted yesterday, giving viewers their first insight into the hosts of the program. The show is also on Twitter.

"All My Children" last airs on Friday, September 23.