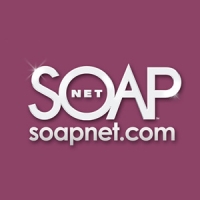 (SoapOperaNetwork.com) — Despite ABC Daytime’s best attempts to mismanage the situation, SOAPnet will continue to live on thanks to a number cable and satellite providers across the country come January. The same can’t be said for the network’s website however as top brass have already begun implementing measures to power down certain areas of the site. Beginning Monday, May 23, SOAPnet.com will be officially shutting down their message boards for fans wishing to discuss “General Hospital” and recently canceled sister soaps “All My Children” and “One Life to Live.”

In a statement on their website, they claim that they still “want you to be able to continue talking” about your favorite ABC soaps, but that “the place to do just that is on the message boards at ABC.com.” The move is the latest in a series of efforts to de-emphasize the importance of the former “Network for Soaps,” which has also included infrequent updates to the their website and Facebook page, the latter of which hasn’t been updated since Valentine’s Day.