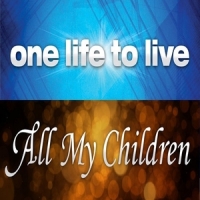 (SoapOperaNetwork.com) — Fans of ABC's recently canceled "All My Children" and "One Life to Live" have set Tuesday, May 17 as their next protest day, which just happens to be the day the ABC Television Network announces its Fall 2011 Daytime and Primetime schedule to advertisers and press outlets. On this day, the network is expected to provide a preview of "The Chew" and "The Revolution," alongside the numerous pilots the network is expected to order to series for the 2011-2012 television season. "Chew" replaces "All My Children" in September while "Revolution" replaces "One Life to Live" in January 2012. More than 9 billion advertising dollars are up for grabs between ABC, CBS, NBC, FOX and The CW during the upfront presentations taking place in and around New York City next week.

From 2:00 – 6:00 PM ET, fans of the two canceled soaps will be outside New York's famous Lincoln Center where Anne Sweeney, Co-Chairman, Disney Media Networks and President, Disney/ABC Television Group, will appear on stage along with her executive team that includes Paul Lee, President, ABC Entertainment Group, Brian Frons, President, Daytime, Disney/ABC Television Group and Ben Sherwood, President, ABC News. Each will announce changes to their division in relation to the ABC Television Network. For Frons it will be the makeover of ABC Daytime, while Lee will unveil the new crop of programming hitting ABC Primetime. Sherwood is expected to tout the solid performance of ABC News.

Below, you can find the press release issued to Soap Opera Network earlier today from the those heading up the Fan Protest.

A demonstration protesting the cancellations of ABC Soaps All My Children and One Life To Live has been planned for the 17th of May outside Lincoln Center. The rally will be held from 2:00pm – 6:00pm to target the advertisers arriving at Avery Fisher Hall for ABC's Upfront Presentation at 4:00pm.

One such advertiser Hoover, withdrew its sponsorship from ABC to support keeping the shows from being cancelled. The company understands that the brand recognition a soap opera brings is invaluable for business and "impossible to duplicate with new shows that are short-lived." (From attached The Hollywood Reporter Ad. Credit to THR ad purchased by members of Disneysaveoursoaps.com. The THR issue dated May 20th, hits newsstands on Friday May 13.)

A week after its cancellation was announced, One Life To Live was tied for 2nd place in household ratings with CBS to be ABC's top rated scripted daytime show. Its viewership shot up 200,000 from the previous week and is up half a million viewers from the same time last year. It is unheard of a cancelled TV show to go up in numbers following the announcement of its cancellation.

ABC/Disney hastily killed their own shows without foresight to maximize them to their fullest potential. This in turn, will effectively damage both ABC O&O stations along with the rest of the affiliates across the country. With both Oprah and Regis gone along with the soaps, an unproven ABC daytime schedule filled with cheap food and weight loss shows will negatively impact local news programming. Lower ratings mean lower profits.

ABC/Disney is eliminating the jobs of approximately 800 WGA, AFTRA, DGA, NABET-CWA and IATSE members. NYC will be hardest hit with the One Life To Live cancellation since it is the last remaining scripted daytime drama taped there. Extra income for starving TV and Broadway theatre actors will be gone. Especially with regards to the unions, these cancellations could have future repercussions for primetime television shows.

With the following steps to generate additional revenue stream the ABC soaps can be saved: