Home / News / Emmy Day is Wednesday for CBS and NATAS 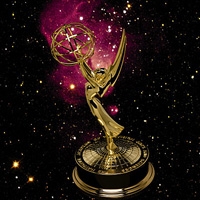 (SoapOperaNetwork.com) — Wednesday, May 11, is one of the most important days in daytime television as the day marks the announcement of nominees for "The 38th Annual Daytime Emmy Awards" airing Live on CBS on Sunday, June 19. Soap Opera Network has learned that the official announcement will be made tomorrow morning promptly at 9:00 AM ET through a joint press release from the CBS Television Network and the National Academy of Television Arts & Sciences (NATAS).

As previously reported, the "38th Annual Daytime Emmy Awards" will air from 8:00 to 10:00 PM ET/PT (live on the east coast, recorded for the west coast) on CBS for the second consecutive year after the awards program was on the verge of going without home in 2010. The show had aired consistently on ABC, CBS and NBC until 2004, which was the last year NBC broadcast the awards show. Citing low ratings and poor representation in key categories, NBC opted out of broadcasting the annual event. Once NBC dropped out it became a two network ball game between ABC and CBS up until 2008, which was the last time ABC broadcast the Daytime Emmy's. After CBS decided not to air the annual awards show in 2009, the Emmy's were close to not airing at all until The CW network picked up the slack and aired the program in August of that year. Based on tradition the telecast was supposed to have aired on ABC in 2010, but the network opted not to take part citing low ratings as the reason. Aired on Friday, June 20, 2008, "the 35th Annual Daytime Emmy Awards" received its lowest ratings in its history, although airing on The CW the following year further eroded the audience (Editor's Note: The CW consistently ranks lower than the broadcast networks in all key categories including total viewers). Since 2009, Associated Television International has taken up production responsibilities for the annual telecast.

To get an idea of who is currently pre-nominated before the official list is revealed tomorrow, click here.