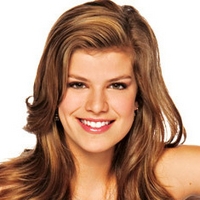 Bo and Nora wait anxiously while Matthew is in surgery and wonder how he received the blow to his head. They contact Destiny, who knows nothing about the injury, but is distraught to hear about Matthew’s condition. Nate and Deanna discuss Dani’s acceptance of Clint’s confession to Eddie’s murder. Nate’s upset that Dani didn’t tell him she knew Matthew was the real killer and wonders what it says about their relationship. Nate privately worries to Deanna that he may have caused Matthew’s injury when he punched him.

Todd leaves a desperate message for Tomas, warning him that Marty is on to their covert relationship. Tomas doesn’t initially get the message as he’s otherwise engaged, about to make love to Blair. Todd is persistent and before Blair and Tomas can consummate their relationship, Tomas is forced to return home to see Todd, who demands that Tomas get rid of the Marty problem. Tomas prepares to do just that, armed with a gun. Blair wonders if fate prevented her and Tomas from making love and looks forward to the timing to be right for them.

Starr and James are again interrupted from lovemaking, but the night is a big one for them as they admit they love each other.

Rama tries to tell Vimal that she was never pregnant.