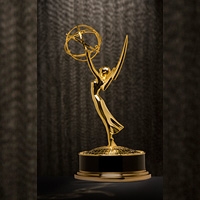 (SoapOperaNetwork.com) — As promised, the National Academy of Television Arts & Sciences (NATAS) along with the CBS Television Network announced the nominees for "The 38th Annual Daytime Emmy Awards" early this morning. Leading the nominations was ABC's "General Hospital" with 21 in total. "GH" was followed up by CBS' "The Young and the Restless" with 20 nominations, "The Bold and the Beautiful" with 14, and canceled soaps "All My Children" with 13 and "One Life to Live" with 12. "Days of our Lives" had 6 nominations, while canceled "As The World Turns" received 4 nominations. PBS led all television networks with a total of 57 nominations, though ABC closely followed and led the broadcast networks with its combination of soaps and talk show "The View" receiving 56 nominations. Although it was led by its soaps, CBS' 42 nominations included recognition for game shows "Let's Make a Deal" and "The Price is Right" as well as "The Talk," which replaced "World Turns." In addition to the aforementioned "DAYS," NBC received a total of 15 nominations when factoring in perennial morning show ratings leader, "The Today Show." The morning program airs for four consecutive hours on NBC.

Officially recognized as "The 38th Annual Daytime Entertainment Emmy Awards" now that it includes nominations for online distributed content such as those featured on video giant YouTube, the annual awards telecast will air on CBS on Sunday, June 19 from 8:00 – 10:00 PM ET/PT (live on the east coast, recorded for the west coast). The annual awards show returns to the Las Vegas Hilton Hotel in Las Vegas, Nevada for the second consecutive year. Associated Television International returns as producers of the program.