Home / News / Creative Arts Emmy Award Nominees (aka: Where Most of the Nominations Hail From) 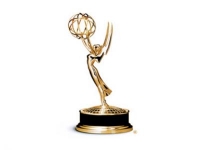 Live Blogging the Nominations
(Keep checking back as we post all the nominations) – Last updated 5:27 PM ET

(SoapOperaNetwork.com) — You may not have known that "The Daytime Entertainment Emmy Awards," which airs this year on CBS, only honors the mainstream categories such as acting, writing, directing and show in order to fill in enough time during the two-hour broadcast that also finds time to honor talk shows, game shows, and court room based programming, among the numerous programs aired on daytime television. For those that remain nameless and faceless to the average viewer, "The Daytime Entertainment Creative Arts Emmy Awards" puts the spotlight on the behind the scenes individuals that make your favorite stars look their best. From what your favorite actor wears on TV everyday while in character, to how they look on screen and, more importantly, whether they even get a chance to be seen on camera, the creative people behind the scenes help devise the fictional towns you've come to love and enjoy for more than 70 years.

Prior to the Sunday, June 19 broadcast of "The 38th Annual Daytime Entertainment Emmy Awards" takes place, these individuals will learn who will win the coveted Emmy in each of their respective categories during a ceremony taking place at the The Westin Bonaventure Hotel in Los Angeles, CA on Friday, June 17.

Outstanding Achievement for a Casting Director for a Drama Series

Outstanding Achievement in Costume Design for a Drama Series

Outstanding Achievement in Hairstyling for a Drama Series

Outstanding Achievement in Lighting Direction for a Drama Series