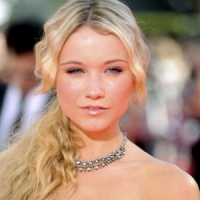 (SoapOperaNetwork.com) — She may have only appeared in two episodes of the long-running ABC soap, and she may not be a household name for many soap fans, but 22-year-old actress Katrina Bowden topped a recent Esquire online reader’s poll, to gain the magazine’s top honor last month, garnering more than two millions votes.

Bowden, who has played Liz Lemon’s (Tina Fey) assistant Cerie on “30 Rock” since 2006, originated the role of bad girl Britney Jennings on “One Life to Live” on September 26th of the same year. However, she would only appear in one other episode (on October 4) before leaving the show and being replaced by Portia Reiners (who remained with the show until the character was written out a year later).

“I was up against Kim Kardashian,” the actress recently told the editor of Yahoo!’s Lifestyle blog. “And then – let’s put it this way, if you say my name and then say Megan Fox‘s name, most people know who she is but, well, a small percent will know who I am. I think a lot of the fans of ’30 Rock’ kind of went crazy with it.”

Click here to see photos from Bowden’s Esquire photo shoot. You can watch her acceptance speech below: