Home / News / CONFIRMED: Freddie Smith Joins ‘Days of our Lives’ Plus Who He’ll Be Playing 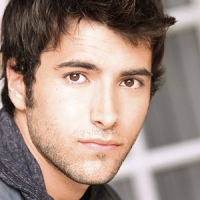 (SoapOperaNetwork.com) — On Friday, May 13, we reported that there were rumors that "90210" actor Freddie Smith was in talks to join the cast of "Days of our Lives." Since that time Soap Opera Network can now confirm exclusively that the actor has already begun taping! How is that for a shocker? How about we know who he'll be playing!

While full character details were not available at press time, Soap Opera Network has learned that Smith began taping in early April and that his character is currently going by the name "Sonny." Not much is known about the character other than the fact that he'll be interacting with Chandler Massey's Will Horton and Camila Banus' Gabi Hernandez. The character is set to debut in late June/early July.

Previously it was reported that the actor might be playing one of Adrienne and Justin Kiriakis' (Judi Evans and Wally Kurth) son's. According to the actors at a fan event, one of their onscreen sons was expected to return to Salem this summer following their characters remarriage. Could "Sonny" be the code name for one of their kids? Or could the character be the long delayed character "Ryan," who was described as an "all-American high school idol. Gorgeous, well-built quarterback of the football team. Popular, confident and charismatic…the world is at his feet for the taking?" With names subject to change from the time of auditioning of a role to the actual casting of a role it is possible "Sonny" could be the nickname for one of the Kiriakis children.

"Days of our Lives" issued a "no comment" to Soap Opera Network as we were going to press.

This past television season Smith appeared in a number of episodes of The CW's "90210" in the role of Marco Salazar, the male love interest of former "Days of our Lives" hunk Trevor Donovan (ex-Jeremy Horton) and his former womanizing character Teddy Montogomery. It is unclear if his role on "DAYS" will prevent the actor from appearing on "90210" next season.