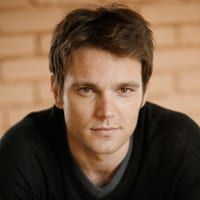 “Garin is a talented writer and storyteller who has been a part of the ‘General Hospital’ family for nearly 15 years,” said Frons. “His in-depth knowledge and adoration for the show’s legacy will help make a smooth transition and an immediate impact on story,” said Frons. “I’m sure he will succeed in taking ‘General Hospital’ to new heights as he develops characters and storylines that will engage and thrill our viewers.”

According to ABC, Wolf has been part of the “General Hospital” writing team since 1997 for which he won two Daytime Emmy Awards. In addition to his time at the flagship ABC soap, Wolf had written for CBS’ “As The World Turns” and SOAPnet’s “General Hospital: Night Shift.” While he’s best known for his work on soaps, Wolf is also credited for his time at animated series “Batman” and “Tiny Toon Adventures.” He won a Writer’s Guild of America Award for his work on “GH.”