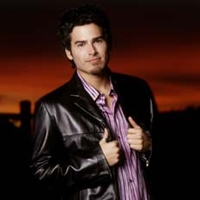 Jack confides his concerns about Erica to Bianca on Monday, May 23. Krystal is alarmed by Erica’s odd behavior. On Wednesday, May 25, Maya’s dark secret come to light. Ryan reaches out to Greenlee for support. Marissa consoles Scott. Scott & JR get into it. JR reaches out to Marissa in the aftermath of her and Bianca’s ordeal.

The Inside Story: Burn Notice
The risk of the situation she’s in begins to sink in after Kendall realizes the truth about Diana. Kendall & Griffin share a moment. Tad spots Griffin. Griffin fills Tad in on what’s really been going on. Ricky & Kendall’s wedding gets underway. Kendall puts a stop to the wedding at Griffin’s urging. Determining that she has to bring things to a conclusion, Kendall persuades Ricky to join her on the yacht for an unforgettable trip. After filling Bianca in, she cuts off communication with Griffin. Griffin sees that Kendall is carrying a gun when he arrives to confront her. Kendall injects Griffin with the paralyzing agent to get him out of her way. Ricky realizes Bianca knows the truth after confronting her about her suspect behavior. He proceeds to “take care” of her and Marissa. Kendall is alarmed when she arrives and spots Bianca’s cell phone on the floor. Kendall pulls out the gun after Ricky apologizes for what he had to do. Bianca is frantic when she regains consciousness tied to Marissa in a closet. On Thursday, May 26, Kendall gets Ricky to admit he killed Zach and how. Tad helps Griffin escape police custody. Ricky grabs Kendall determined to make love to her – and finds the wire. Marissa tries to calm Bianca who is overcome with memories of Michael. Bianca & Marissa break free. Kendall threatens to shoot Ricky. Griffin arrives on the scene just as Ricky disarms Kendall. Kendall & Griffin create a distraction and a scuffle for the gun ensues.

A Closer Look: Love and Marriage
Even in the face of her husbands anger at her birth control admission, Amanda insists to Angie that a baby is the key to repairing her marriage. Tad consoles Amanda who learns she isn’t pregnant. Tad purposely interrupts a close moment between Jake & Cara – despite making a pact with Krystal to pull back from pursuing emotionally unavailable people. Cara misunderstands Tad’s proposition. On Tuesday, May 24, with Jake appearing open to the possibility of more children, Amanda chooses to mislead him about the results of her pregnancy test. Amanda rubs the news in Cara’s face. Jake discovers that Amanda lied to him, again. Cara is wrecked after hearing a troubling news report and decides to leave for Afghanistan to find her brother. Jake refuses to let Cara go and the two share a passionate kiss. Liza realizes Tad has fallen in love with Cara. Jake & Cara stop short have having sex. Tad comes clean to Cara.