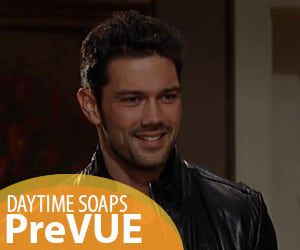 (SoapOperaNetwork.com) — An extravagant gala in Genoa City turns into tragedy before the night ends…

Cane offers his place to Lily as a permanent stay. Jeff continues to play games when he purposely hides the face cream from Gloria. Sabrina gets her first taste of how Victor operates when he informs her he no longer considers Nick and Victoria a part of his family. Things turn grim for Nick and Phyllis when Victor shows up to the tack-house demanding the keys. Adam decides to invite Heather to the gala. Daniel and Amber find themselves looking for advice from Dr. Drew.

A REGAL GALA MARRED BY LIES AND DANGER

Paul tells Nikki about David’s true identity. When she confronts him she informs him that they are over. David’s life is in danger when Walter orders out a hit on him. Victor soon discovers just how much David has been hiding when he learns he’s tied to the mob. The news drops the bomb on David’s gambling habits. Meanwhile David devises a plan to keep Nikki from leaving him.

Ana and Devon make plans on doing a duet together for the gala. Heather and Adam show up to the event and she immediately spots Waler lurking around. Karen realizes there is a serious closeness slowly developing between Neil and Tyra. Jack admits to Victor that he was the responsible party that trashed Sabrina in InStyle Magazine. At the gala, David resorts to drugging Nikki up. Paul rushes to get to Nikki when he learns that David murdered Ji Min. Meanwhile David’s limo skids off the road.