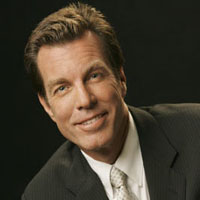 (SoapOperaNetwork.com) — A career and reputation in ruins – A look at what’s happening on “The Young and the Restless” during the week of May 31, 2010.

On Monday, May, 31 , the Abbott family and the Newman family try to talk some sense into Owen Pomerantz regarding Nick but he is dead set against listening. JT and Mac continue to grow closer when he offers for her to stay with him. Abby is served by her parents to keep her from filming their personal lives. Wednesday, June, 2 Cane receives Lily’s will. Phyllis goes on a search for Sharon and Friday, June 4 Heather discovers a bomb.

The Inside Story:More Troubles Ahead
Although Emily receives news that she wouldn’t have her medical license revoked, she still finds herself in hot water when authorities come to arrest her. Once at the police station, she’s told about how prescriptions have been written to other people from her prescription pad. She immediately pleads her case and says she would never do that; unfortunately for her, there’s no evidence to prove otherwise. That same day, she learns that her license will indeed be revoked based on the board’s hearing of her arrest. Paul and Jack get the news and are devastated that Emily is going through all of this because of Patty. Paul immediately hires Michael to take Emily’s case and Jack tries to get Emily to take his two million dollars in bail money, which she refuses. When Michael arrives at the jail to see his new client, he lets her know that her prescription pad has been used all over the place, besides Genoa City. She soon tells him about her brother, Jamie. Realizing that she will lose the majority of her savings, Emily posts her own bail. Upon learning of this, Jack knows that she will not be able to stay at the G.C.A.C and offers for her to stay at the Abbott pool house. Emily accepts Jack’s offer but only if she can pay him rent when she has a job again. Meanwhile, Paul pays a visit to Patty to see if he can get any information out of her regarding Emily, but she’s so heavily sedated that she can’t tell him. When he tries again, Patty mutters the word “brother” and Paul assumes she’s speaking about him.

A Closer Look:More than Sleeping with the Enemy
In an attempt to get back at her father, Abby reveals to Victor that Victoria went off and married Billy. A furious Victor informs a distraught Nikki about their union and vows that his daughter will not stay married to Billy. He soon heads over to the younger Abbott’s trailer to force his daughter to see the mistake she’s made but when he arrives he gets an eyeful of his scantily clad daughter. Victor lashes out and tells Victoria the only reason Billy married her was to get back at him but Billy stuns him and even Victoria by admitting that he married her because he’s fallen in love with her. Things, however, turn violent when Victor tosses his son-in-law across the room of his trailer and storms out. Things go south the minute Billy tries to take back his cofession to Victor, which causes an upset Victoria to lock herself in the bathroom. After some time, Billy gets her out of the bathroom and both exchange loving apologies. As the two are talking, they both admit that maybe being married isn’t such a bad ideal. Unfortunately for them, Michael, who has contacted Victor, tells him that Victoria and Billy’s marriage isn’t legal.