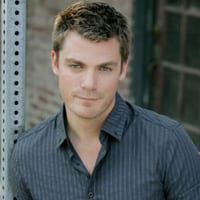 Jeff Branson On the Way to Fatherhood!

(SoapOperaNetwork.com) — Agnes Nixon, creator of the recently cancelled ABC daytime soap operas “All My Children” and “One Life to Live,” makes a generous donation to the University of Pennsylvania’s Annenberg School for Communication (ASC), to ensure that both shows, along with the defunct soap “Loving” (another of her creations), will never be forgotten.

Since first donating countless scripts from the early years of all three daytime dramas back in the ’80s, Nixon has helped add to the school’s collection over the years, handing over additional scripts as recently as 2009. “The Annenberg School is very well-known, and I believe Penn wanted the scripts as a piece of history,” she tells the university’s newspaper, The Penn Current, which reports that the school is in possession of “virtually every script” of “AMC” and “OLTL.”

Among the many scripts housed at the ASC include Erica Kane fighting a bear and the reunion of Jesse and Angie on “AMC,” as well as Viki and Dorian’s most memorable showdowns, and Todd and Blair’s rocky romance on “OLTL,” just to name a few.

The 83-year-old Nixon also commented on both shows’ cancellations, saying “there had been great rumors that the cost factor had become an issue. People watch more things during the day now, and that means less income from the advertisers for daytime dramas. Meanwhile the cost of creating the shows doesn’t change. The unions don’t reduce their fees. You have to pay the actors and writers. Bottom line, it’s money.”

She also reveals that will be working with the writers of each show to help pen their final episodes later this year. “We’re ending them but we aren’t ending them, if you know what I mean. It’s possible that some other network might pick them up, so we are ending them with a tune-in-tomorrow attitude. But fans should expect to see long-lost characters return to Pine Valley and Llanview during the final episodes. We’ll have situations that will bring them back.”

And what if the there are no takers for either show? Nixon admits she has prepared herself the possibility, stating “I worked very hard and I’m proud of what we did. I feel sorry for the people who will be without jobs because of cancellations, but that is life, and 41 years was a good run.”

Often dubbed the “Queen of the Modern Soap,” Nixon is remembered for tackling numerous controversial issues on her soaps over the years, including interracial relationships, drug abuse, abortion, AIDS, anti-war protests, homosexuality, and gay rights. She was awarded with a Lifetime Acquirement Award at the 2010 Daytime Emmys.

Click here to read Nixon’s full interview. You can also learn more about the Annenberg School for Communication by visiting their website.