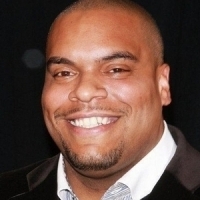 (SoapOperaNetwork.com) — Minor casting notes and appearances for the month of June on “One Life to Live.”

Paul Rolfes reprises his recurring role of Dr. Jay Gangemi on June 1 and then again on Friday, June 17, when he confers with the ER doctor regarding a potential donor heart for Clint (Jerry verDorn).

Fans can look forward to seeing more of Patrick Gibbons, Jr. in the coming weeks as Todd Manning’s youngest son Sam. As we previously reported, on Friday, June 10, look for Sam to becomes a little too curious about what someone else is up to. And, the following week, the little tyke seems to have forgotten that he isn’t supposed to be talking to strangers.

Roxy (Ilene Kristen) will turn up again this Thursday when she has a slip of lip while in front of John, and again on Monday, June 13 when she learns Rex and Gigi are getting married.

Looks like some more Evans family drama is in the works…Sean Ringgold (Shaun Evans) noted on Facebook last Friday (May 27) that he “Had a wonderful morning on set with my girlfriend DR Vivian Wright [Kearran Giovanni] and Destiny [Shenell Edmonds].” Max Tapper (Det. Theo Price) said in response to Ringgold’s comment that “I wish I knew you were there today. i was at the studio. would’a checked you out bruh. stay up and enjoy the holiday weekend.” Ringgold also posted this photo (among others) of himself posing outside his dressing room after taping scenes on May 10 (Notice that he shares a dressing room with Lenny Platt, who plays Nate).

Expect to see more of Vimal (Nick Choksi) during the month of June.

Jessica (Bree Willamson) regains control on Thursday, June 16, but all is not well in her world.

ABC Soaps in Depth reports that they are hearing from a setside source that “that several key players will indeed be exiting the Llanview canvas in the coming weeks.”

Annie Chang played Nurse Emma, the girl that Ford went out on a “date” with the week of May 23.

It hasn’t been all gloom and doom backstage at “One Life” since the show cancelled back in April. So what do the cast members do to let off some steam? Apparently they don a Spiderman mask and pretend to have “spidey sense” while around their co-stars. Kristen Alderson tweeted the pictures last week of herself, Kassie DePaiva (Blair), Andrew Trischitta (Jack), Kelly Missal (Dani), and Barret Helms (Baz) all taking turns wearing the superhero mask. Looks like fun! And who says you can’t have a little bit of fun while reporting the news?