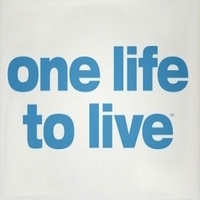 (SoapOperaNetwork.com) — “One Life to Live” may be going off the air in nine months, but that is stopping the show was casting more characters. Earlier this week, the soap put out two new audition scripts for upcoming minor roles.

The first script is for the role of “Mr. Baker.” The scene opens in with two men standing near another man, a prisoner, who is unconsciousness. Mr. Baker goes to check on him after telling his partner that their agency is being shut down. He asks the prisoner if he has anything to tell them. However, he continues to set perfectly still with a vacant look in his eyes. Mr. Baker takes matters into his own hands and injects some sort of chemical compound into the prisoner’s neck, saying maybe this will finally get him to talk. The man remains silent and Mr. Baker turns to leave. But just as he starts to walk away, the prisoner firmly grips his arm. Surprised, Mr. Baker smiles at him and welcomes him back to reality. As the scene ends, he tells the prisoner that where he is doesn’t matter, so long as he remembers who he is.

The second script is for a character named “Agent Kent.” The scene opens with with ordering “Jeff” not to move so that he can carry out his orders and kill him. Sarcastically, Jeff says that he remembers their last encounter, when he jumped him and took his clothes, and that they fit him much better. Agent Kent, however, doesn’t find it very amusing. Jeff says that he is feeling much better these days, since he is no longer being held against his will. Agent Kent tells him that it was smart move to hide away on the plane the way he did. Jeff says thank you. Growing more angry, Agent Kent scoffs at Jeff and tells him that he had to have known that he would catch up with him sooner or later. Jeff tries to reason with him, but Agent Kent raises his gun and states that he is no longer of any use to them. Trying to buy himself some time, Jeff claims he now has the information he wants. As the scene ends, Agent Kent thinks Jeff is just trying to save his life, even though Jeff says he has the info. with him. Even so, he tells Jeff his time is up and shoves his gun in his face.

Remember that “One Life to Live” tries to throw viewers of the trail with these scripts by changing character names.

Jessica Leccia returns as Inez Salinger on Tuesday, May 3 in scenes with her eldest son Robert Ford (David A. Gregory) and baby Ryder.

Radio DJ Carolina Bermudez next airs as WVL-TV News Reporter Blanca Morales, on Wednesday, May 4, when she clashes with Destiny (Shenell Edmonds) over who murdered Eddie Ford.

Matthew Conlon reprises his role of Paris art gallery owner M. Claude Calmar on Friday, April 22, when he comes to Llanview to visit Tomas (Ted King). He will also air on Monday, April 25 and Monday, May 2.

Tamela Aldridge continues to air through at at least early May as therapist Dr. Sabrina Buhari.

Angelo Lanza was cast in an Under 5 role back in March.

Carlos Gonzalez recently appeared as “Officer Garcia” on “OLTL.” On his website, which also includes a picture of him in his Llanview Police uniform, he wrote “Most Recently I worked as Officer Garcia in a recurring role on the very long running and successful soap ‘One Life To Live’ on ABC opposite Mark Lawson who plays Brody Lovett. I had a small role, but none-the-less I felt honored to be working with such a talented and successful cast. Whether you’re a fan of soaps or not, it’s definitely hard to deny the fact that the plots draw you in. I have experience in theater and film, but have to say soap work is the fastest and most organized form of TV production I’ve ever seen. Just like in comedy, you have to earn your stripes by doing as many gigs, gaining stage time experience before moving on to to radio or TV. I consider myself an actor before I do a comedian because it is my first passion. However, through time I have established a strong love for both. Let’s put it this way, if I were married to acting, comedy would be my ‘sister wife’….I know, that’s pretty disgusting, but it’s comedy people! I had a blast working on the set. I look forward to continuing working on ‘OLTL’! Stay tuned for dates and times!”

Angela Lin appeared in the Thursday, April 7 episode on “One Life.”

Twin infants Matthew and Nicholas Urbanowicz are the baby actors who portray Ryder Ford; it remains unknown if they also play baby Liam McBain, or if it is another set of infants.

And John Rochette appeared in an episode of “OLTL” last month. Rochette taped the episode earlier this year, posting on his website on January 13 that “Shooting a ‘One Life to Live’ episode today. Playin a doctor.”