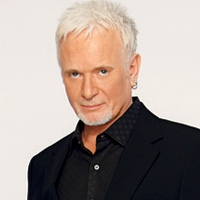 (SoapOperaNetwork.com) — A look at what’s happening on “General Hospital” during the week of April 25, 2011.

Jason admits his doubts to Sam on Monday, April 25. Maxie questions Sam & Jason’s timing. Elizabeth & Lucky share a heartfelt moment. On Tuesday, April 26, Maxie realizes the emotional motivation behind Elizabeth’s decision. On Wednesday, April 27, Brenda reveals to Suzanne that she has agreed to run a DNA test on Lucian. Could that be the reason behind Lucian’s sudden disappearance? Lisa claims to be truly over Patrick. Anthony questions Johnny’s relationship with Lisa on Friday, April 29. Lisa continues to drug an unsuspecting Kristina and manages to gain complete access to the Drake home and Emma. Patrick heads back home.

The Inside Story: Rock Bottom
Sam is at a loss for words when Luke shows up at her door on a rampage against Jason. Luke waits alone in his office in the hopes that Jason will show up and kill him. Sam warns Lucky that his father is on a suicide mission. Lucky asks Nikolas for help in saving Luke’s life. Sonny arrives at Luke’s office and implores his friend to stop self-destructing on Tuesday, April 26. Luke decides to leave Port Charles but goes to see Elizabeth and Siobhan first. Tracy discovers Luke’s plans. Luke & Tracy insist to a hesitant Lulu, Nikolas & Ethan that Luke needs their help through an intervention. Lucky knocks out Luke. Kristina reaches out to a torn Ethan. On Thursday, April 28, The Spencers, Nikolas, Sonny, Carly and Steve encircle Luke in a surprise intervention for his alcohol addiction on a special episode of “General Hospital.”

A Closer Look: Suspicious Minds
Dante tells Sonny that he will prove his brother’s innocence the right way. On Monday, April 25, an enraged Michael punches Dante after he sabotages his attempt to take the fall for Abby. Dante refuses to back down despite his brother’s anger. Jason confronts Abby. Michael, Sam and Jason wonder who would plant a false witness to frame Abby. Meanwhile, Anthony’s plans surrounding Brandon’s murder come to light. Will Abby give into a concerned Sonny’s request and break things off with Michael for the duration of the murder investigation? Sonny issues Michael an ultimatum on Friday, April 29. Anthony listens in as Jason reveals that he believes Johnny set Abby up.