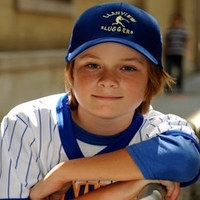 Nora is trying to recover her memory of the night Eddie was murdered and faints. Bo and Clint find her. Clint warns both her and Clint not to press charges. When they pressure him for answers to his riddles, he shocks them with the identity of the real killer.

Viki reels over the photo of Echo and Charlie kissing. Viki goes in search of Charlie and finds him in bed with Echo.

Rex laces into Jack who denies bullying Shane. Starr asks Jack about what she glimpsed earlier in the gym – naked Shane. Jack tries to talk his way out of it, but Rex and Gigi aren’t buying it. Jack succumbs to peer pressure and consents for the video of naked Shane to go out on MyFace. Humiliated, Shane plays hooky. When Rex and Gigi return home after discovering Shane isn’t in school, they find a cryptic note from their son.