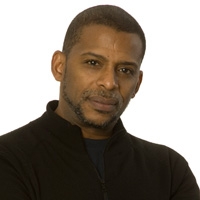 Kendall notices a woman outside Griffin’s office when she shows up for her checkup. Griffin explains that Sara is a pharmaceutical rep that has been bugging him to take her out on a lunch date. Kendall admits to Griffin that she had a nice time the night before. Later at Fusion, Ricky tells Kendall that he’s got tickets for them – including the boys – to go and see a baseball game. He’s a bit unhappy but covers it up when Kendall says that she plans on expediting the sale of the casino. When a persistent Sara won’t leave Griffin alone, Kendall comes to his rescue. Griffin & Kendall share a bit of awkwardness. Diana tells Ricky to get rid of Kendall. Ricky tells Diana he will handle Kendall the way he wants.

Jesse is haunted by what he’s done. Brot assures Jesse he did the right thing. Tad notices something is off with Jesse but Jesse writes off his concerns. Natalia drops by to visit Angie and the baby. Angie tells Jesse that she wants to call their baby Lucille Ellie.

Amanda makes it clear to Cara she didn’t appreciate her early morning call and says she should remember which Martin she’s married to. Cara takes out her frustrations on Tad. Tad lightens Cara’s bad mood and gets her to laugh it off. Just as Jake and Amanda seem to get on the same page about Cara infecting their personal life.