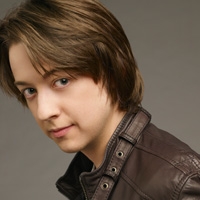 Michael and Abby argue over the weapon and the threat of Brandon. While Jason tries to convince Michael to take the legal route, Brandon appears at Abby’s apartment and beats her. Michael has Brandon at gunpoint.

Lucky confides in Maxie. Lulu confronts Luke and gives him some advice. Lucky goes to see Luke at the Haunted Star.

Carly urges Jason not to go after Franco and instead take care of himself. Jason ponders with Sam whether he should have given up Jake, and they realize all a parent can really do is love their child.

Sonny visits Josslyn, expressing his concern and admiration for Carly.

Brenda reveals how much she longs to be a mother. Suzanne disposes of Theo just as he is about to meet his grandson.

Spinelli tells Maxie she was his inspiration for “The Memoirs of Damian Spinelli.”