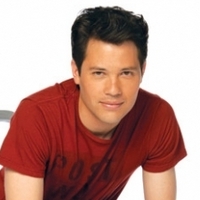 (SoapOperaNetwork.com) — With his former on-screen girlfriend Brittany Underwood (Langston Wilde) about to leave the canvas, Jason Tam makes a brief return to Llanview as Markko Rivera early next month, according to ABC Soaps in Depth.  While the show is keeping mum on the storyline details, it seems a safe bet that Markko and Langston’s paths will cross once again before she leaves town.

Underwood, who exits Llanview on Friday, April 8, when budding author Langston is offered a movie deal, told ABC SID in an recent interview that “If Markko comes back, that would amazing.”  Jason Tam originated the role of Markko on May 21, 2007.  He took a hiatus from “One Life” last summer before returning in the fall to wrap up his character’s storyline.  He was last seen back on November 10th.

Look for Tam to appear briefly during the week of April 4th.