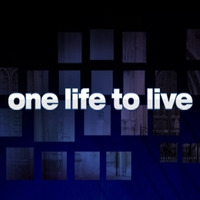 (SoapOperaNetwork.com) — Abby West, editor of Entertainment Weekly‘s PopWatch blog, made her acting debut today on the long-running ABC soap, “One Life to Live,” playing an airport attendant in scenes with Bo (Robert S. Woods) and Rex (John-Paul Lavoisier).  According to West, “Exec producer Frank Valentini, who set this whole little escapade up, was on set and  gave me a little more direction: be sassier.”

In an article posted earlier this afternoon on the news magazine’s website, West describes her day in Llanview working with Woods and Lavoisier, and watching Hillary B. Smith (Nora) and Eddie Alderson (Matthew) rehearsing the scenes viewers saw earlier this week, in which Nora told her son of of his Uncle Clint’s (Jerry verDorn) misdeeds.  She also talks about getting fitted for her airport employee’s uniform by “One Life to Live’s” Award-winning costume designer Susan Gammie, who also showed her the infamous wedding dress recently worn by Jessica and her alternate personality Tess.

West’s appearance on “OLTL” marks the third time so far this year that a member of the press has appeared on the show.  On January 11, (now) former ABC News Now anchor Vinita Nair played a doctor when Natalie Buchanan (Melissa Archer) was wheeled into the hospital about to give birth to her son.  And on February 23, Shayna Seymour, reporter for WCVB-TV in Boston, appeared as a diner waitress in scenes with Blair (Kassie DePaiva) and Tomas (Ted King).