Home / News / Anthony Geary on Taylor’s Passing: ‘She Was a Fierce and Loyal Friend and Tireless Advocate’ 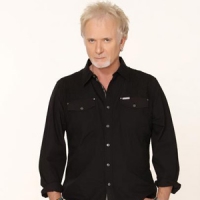 (SoapOperaNetwork.com) — As previously reported, the world is in mourning after news of the passing of legendary actress Elizabeth Taylor broke early this morning. Now Anthony Geary, who portrays Luke Spencer on ABC's "General Hospital" and had the honor of working with Taylor when she appeared on the soap as his character was marrying Laura Webber (Genie Francis) in the most watched television event in daytime history, shares some of his fondest memories of Taylor in a statement released by the show.

"Elizabeth was more than a great star, she was an amazing human being. Her world famous physical beauty paled in comparison to the beauty that radiated from her heart and soul. She had great humor, didn’t take herself too seriously, and had the most wonderful bawdy laugh," said Geary. "She was a fierce and loyal friend and tireless advocate. She dedicated herself to education, treatment and the search for a cure for HIV/AIDS long before it was fashionable to do so. Back in the dark days of ignorance and prejudice against people stricken with the disease, Elizabeth was at the forefront of the battle. Ever ready to give love, comfort, and dignity to those whose lives had been devastated and cut short, her generosity was nothing short of spectacular. It made her furious to hear anyone claim that people who had HIV/AIDS were somehow morally inferior or that the disease was some kind of punishment. I was fortunate enough to call her my friend and every moment I spent in her company was unforgettable. I loved her very much. The world is a little darker, a little colder, a little less beautiful without her."