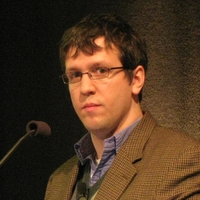 (SoapOperaNetwork.com) — Colleges and universities are now teaching their students more than traditional subjects like physics, Latin, English literature, and chemical engineering.  Since the dawn of the digital age, these institutes of higher learning have begun to offer a host of nontraditional courses, including studies in social networking, horror films, video games, and yes, even soap operas.

At Western Kentucky University in Bowling Green Sam Ford, co-editor of The Survival of Soap Opera: Transformations for a New Media Era, is teaching a class this semester on the daytime drama genre as part of the college's Pop Culture Studies Program.  WKU is only one of two colleges in the nation offer a major in pop culture. Twice a week students gather together to discuss his book, as well as Robert C. Allen's Speaking of Soap Operas and a variety of other readings, in order to gain insight into the evolution of the soap opera, in order to gain new insight into the evolution of the soap opera.

"A uniquely American creation, the daytime serial drama is perhaps the most in-depth example of serialized storytelling in our popular culture, telling stories daily about the same characters and families over decades, with no off season.  This class examines the history of these 'soap operas' and their audiences by focusing on the production of soaps, the shows themselves, and the active practices of soap opera viewers. Through the semester, we will look at the place soap operas have held in U.S. culture and where the genre finds itself today, discussing how soaps compare and contrast with to other forms of serialized storytelling," reads a description on the course syllabus.  (To view the syllabus, click on "Course Syllabus" next to "Download Attached Files" under "Social Networks" at the end of the article.)

Ford has chosen the popular CBS daytime drama "The Bold & the Beautiful," with which he has forged a unique partnership with the show's creative staff, to allow his students "to gain additional insights into the soap opera industry and to provide feedback to the writing team, based on their observations."  Throughout the semester, episodes of other soap operas are also used for comparison, including the special 70th anniversary episode of "Guiding Light," which was canceled last year after more than seventy years on television and radio.

In addition, students will correspond with one another and discuss their findings in a blog that Ford has used since he taught a similar soap opera class at MIT three years ago.  Other requirements for the course include interviews with two contributors (other than Ford) to The Survival of Soap Opera and a term paper over a topic relevant to the material covered covered in class.

Soap Opera Network is currently reviewing Ford's book, and will post an in-depth analysis of it later this spring.

The Survival of Soap Opera: Transformations for a New Media Era, is a publication of the University of Mississippi Press, and can be purchased at Amazon. Among the numerous contributors to the book is radio soap creator, We Love Soaps founder, and Soap Opera Network poster Roger Newcomb.

For more information, click here to read an interesting article about Sam Ford's class with the Bowling Green Daily News, or here for a report on the class from WKU's student newspaper, the Herald.