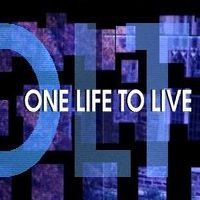 (SoapOperaNetwork) — The ABC soap is casting the minor role of “Dr. Campbell,” for an upcoming storyline in which could be a matter of life or death for someone in Llanview.

The scene opens with the “Detective” asking the doctor how the patient, named “Alice,” is doing.  He tells him that they had to give her a lot of blood, but that her blood pressure has been holding steady, and that he is waiting for an operating room to become available so the surgical team can take care of her.  The doctor then orders the nurse to have a CT scan performed on Alice.  The detective states that he needs to ask her a few questions, however the doctor advises him that she is barely conscious and is on the verge of going into shock.

However the detective remains determined to talk with her, and says that they need to find the person who did this to her.  As he proceeds to Alice’s bedside, the doctor advises him to keep it short.  After opening her eyes, the detective asks Alice if she can recall what happened, and if “Lois” was the one responsible for her injuries.  However, Alice does not respond.  The doctor says that’s enough and that he’ll have to wait outside the room while they perform some more tests on her.

The detective maintains that he must speak with her, however the doctor informs him that she has already lost four pints of blood and suffered two abdominal stab wounds, and that she is lucky to even be alive.  She needs more blood transfusions and to be operated on as soon as possible.  He also says that, because of the stab wounds, she could have a grade two liver laceration, or one of her kidney’s could be be punctured.  As the scene ends, the doctor tells the detective that she would have likely bled to death if he hadn’t found her when he did.

As usual with this audition scripts, “OLTL” has changed the character names and details in an attempt to throw off viewers.

Chaske Spencer will play the Gothic Las Vegas Justice of the Peace when Tess and Ford get married, beginning Friday, February 25.

And it has been reported that Tonja Walker (Alex) and Tuc Watkins (David) were each on the set filming scenes recently.