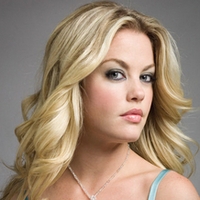 Dorian and Kelly are worried that the requested boarding school yearbook hasn’t arrived so they can prove Aubrey is a fake. Dorian tells Kelly she thinks Aubrey had something on Clint. Dorian suggests Kelly tell Joey the truth about her feelings. Kelly thinks if they don’t find something in the yearbook, it’s a lost cause. Aubrey and Cutter doctor the yearbook and Cutter slips it back into Dorian’s house on the pretext of a date with Kelly. Kelly and Dorian see nothing amiss and Kelly decides to give up on Joey. She kisses Cutter to seal the deal.Rex hints to Joey that Kelly has feelings for him. He tears off to find Kelly but sees her kissing Cutter.

Clint gets a visit from Vimal who requests invitations to the double wedding. Clint instead intimidates him to find out who he told about the DNA switching and fires him. Vimal finds Rama at the spa, and she doesn’t tell him it was she who told Aubrey. Clint has a camera planted in Aubrey’s room.

Bo and John try to get Clint’s men to flip on him but they don’t. Brody walks into it and John & Bo end up telling him about their suspicions about Clint. Brody is troubled but won’t say anything to Jessica. Rex comes to Bo, troubled about Clint maybe being his father. Bo tells Rex all the horrible things Clint has done.

Rex calls Dorian and lies, saying he did the DNA test and Clint isn’t his father.

Jessica and Natalie try on wedding dresses and are excited about their bachelorette party. Rex tells John and Brody they’re having a bachelor party.