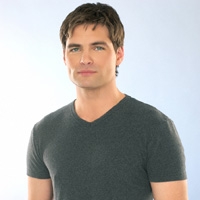 (SoapOperaNetwork.com) — Here’s what happened today on “All My Children”.

Kendall barely survives her collapse and David is unlocked from his cell to help revive her. Tensions run high between Erica and Jackson over their strained relationship as they deal with the fact Kendall is back in the hospital. Jackson expresses his frustration with Erica for keeping things from him and she admits David knows that Kendall was the one to shoot him. Griffin informs Erica and Jackson that Kendall is developing an aneurysm.

Madison’s pregnancy starts to show and Scott helps her to cover up her bump in front of Bianca. Madison drives Ryan to the hospital after learning about Kendall’s collapse and they share memories of their relationship. Greenlee’s grateful Madison didn’t let Ryan get behind the wheel because he had been drinking at Krystal’s. Despite Ryan’s admission to Greenlee that they can get through anything she still holds back from telling him about Madison’s pregnancy.

Cara becomes frustrated after Tad declines her offer of help on his investigation. Knowing Jake was the one to put the kibosh on it, she asks him not to act differently towards her now that he knows the truth of her leukemia.