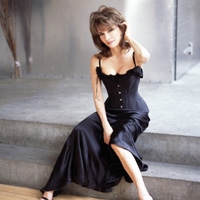 Kendall shares an awkward moment with Ricky when she thinks he’s asking her out but both admit they just want a friendship. The two make a date for dinner the following week.

Jackson walks in on Erica and Caleb in an embrace and jumps to conclusions. Erica tells Jackson that he’s got the wrong idea and admits Kendall shot David and that’s why she’s been so close with Caleb lately. When Marissa threatens to quit David insists Ryan set him up. David uses his one phone call to call Kendall down to the prison. He brings up the photo of her trying to smother him with the pillow but Kendall doesn’t seem concerned. As she walks out Kendall collapses to the ground.

Annie admits to JR that she staged the burglary which is the last straw for him. JR insists they can’t be together until or unless she talks to someone. JR tells Tad that he won’t cut Annie loose just because she is “broken”. JR returns Marissa’s stolen belongings, claiming he found them in pawn shop.

Brot and Natalia each take measures to be together. When Brot is unsuccessful in getting fired, he resigns, but after Natalia tells the group she got a job with the Philly PD Jesse admits he stopped Brot’s letter from going through.