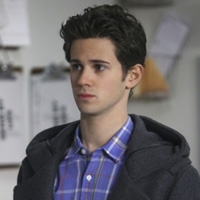 (SoapOperaNetwork.com) — A Look at What's Happening on the Monday, February 21 Episode of The CW's "Gossip Girl."

Chuck and Lily’s relationship remains icy in the aftermath of Lily’s betrayal. Blair decides to speed up the time table on her career path to becoming a powerful woman, but ultimately stretches herself too thin.

The Inside Story: Happy Birthday Eric
It's Eric's 18th birthday and things are going to go from bad to worse. As seen in last weeks episode, Damien Dalgaard is back in the picture and there is no telling what he'll do to hurt the van der Wooden clan, specifically our little Eric. Watch out Eric or you'll be crushed.

A Closer Look: By Force
Serena is in love with her college professor, but will she choose him over her family? Serena makes her decision.