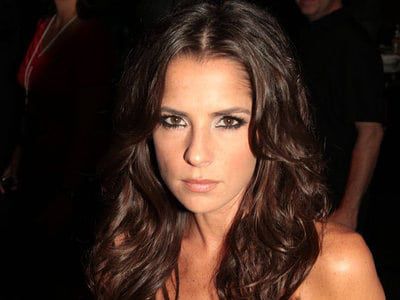 (SoapOperaNetwork.com) — Because we were working overtime trying to get the re-designed website up while also transferring servers, we didn’t get a chance to report on this. For those who may have missed out on it all, E! is debuting a new reality series that actually covers the behind the scenes lives of some of your favorite soap stars for a change and not those “Real Housewives” we’ve gotten bored with from network sibling Bravo.

The series is being executive produced by former “All My Children” supercouple and real-life husband and wife duo Kelly Ripa (ex-Hayley Vaughan Santos; co-host “Live with Regis and Kelly”) and Mark Consuelos (ex-Mateo Santos).

LOS ANGELES – July 28, 2011 – They’ve been killers, ghosts, homeless, prostitutes, prisoners and even murder victims – but it’s off the set of their famous soaps where the real drama begins. Featuring a drop-dead gorgeous ‘who’s who’ of daytime television – Kelly Monaco (General Hospital), Nadia Bjorlin (Days of Our Lives), Kirsten Storms (General Hospital), Farah Fath (One Life To Live), JP Lavoisier (One Life To Live), and Galen Gering (Days of Our Lives) – “Dirty Soap” is a titillating look at these stunning thespians as they navigate high-profile careers during pivotal moments in the industry and deal with their own real-life drama, which often rivals that of their daytime counterparts. Executive produced by Amber Mazzola of Machete Productions and Kelly Ripa, Mark Consuelos and Albert Bianchini of Milojo Productions, the eight-episode, hour-long series, “Dirty Soap,” premieres September 25 at 10:00 PM ET/PT only on E!

The “soap bubble” is a small and intimate world and this cast of characters has played extremely significant roles in each others lives for years. They’ve been co-stars, best friends, worst enemies, boyfriends, girlfriends, and everything in between. Working together on set and spending time with each other in their down-time, they have formed substantial bonds and created a pseudo “soap family.” In the series we see them all begin a new chapter in their lives – some have left the soap world, some are doing film, some are focusing on family, and others are simply trying to determine what would be the best next move. Romantic relationships are tested when one person’s career rockets forward and the others is stuck at “go.” Jealousies arise as actors attempt to jump from one soap to another, and arch rivals must find a way to coexist in this sudsy microcosm without ripping each other to shreds. The softer side of these heartthrobs is also exposed as they interact with their families – one beauty meets her biological father for the very first time and another tearfully sends her brother off to the United States Army flight school. All the while their goals are clear – to grow their careers and to keep their hearts and heads above water in Tinseltown – where it’s so very easy to drown.

“The soap industry is at a defining moment and the time is ripe for a series that goes inside this iconic world and explores the unique bond that these actors share,” said Lisa Berger, President, Entertainment Programming, E! “No one knows the inner-workings of the soap community better than Kelly and Mark, and it is exciting for us to work with them, in addition to some of the reigning kings and queens of soap featured in the series.”

“We’re very excited to be behind this show for E!, and having met on the soaps we know all too well how much work and dedication it takes,” adds Kelly Ripa and Mark Consuelos.

Kelly Monaco, a dazzling brunette beauty, is most famous for her starring role on the daytime drama “General Hospital” and being the first champion on “Dancing With The Stars.” In the mid-90’s, Kelly landed a recurring role on “Baywatch” and after numerous roles in film she eventually was cast as ‘Sam’ on “GH.” Kelly recently ended an eighteen year relationship with her high-school sweetheart and is cautiously getting ready to jump back into the dating pool in LA…but is she really ready to let go of her troubled past? One of Kelly’s best friends is Kirsten, who she met when Kirsten joined “General Hospital.”

Kirsten Storms has been acting since she was a young girl. A star on the Disney Channel, appearing in the hit movie franchise “Zenon: Girl of the 21st Century,” the bubbly blonde has been on set most of her life. Things really took off for Kirsten when in 1999 she landed the role of ‘Belle’ on “Days of Our Lives.” Kirsten is currently enjoying a successful run on “General Hospital.” Happy in her career, she is trying to figure out what happened between her and her former best friend and co-star Farah Fath – the duo hasn’t spoken in over three years. Will they be able to repair their old friendship? Kirsten is also working through some family issues; she has been on the outs with her immediate family for quite some time and just as she begins to make amends, her brother must leave to go to the United States Army flight school.

Farah Fath is a southern gal from Lexington, Kentucky, who was crowned “Miss Kentucky Preteen” in 1995. In 1999, Farah went to LA for her first audition and in less than a month she landed the role of ‘Mimi Lockhart’ (whose character was best friends with Storms’ ‘Belle’) on “Days of our Lives.” After 8 years on “Days” Farah moved to NYC and joined the cast of “One Life To Live.” Now, she is now bi-coastal and back in LA for a few months, looking for her next gig and preparing to live with her actor boyfriend, JP. Though she loves him, Farah needs some answers from JP – is this relationship serious or not? Once back in the sunshine state, the blonde beauty must face her “frienemy” Kirsten Storms, but luckily she has the help of her friend and former colleague, Nadia Bjorlin.

Nadia Bjorlin is a woman of many talents. Besides being breathtakingly beautiful, she is an accomplished opera singer with many accolades under her belt. Nadia didn’t have to wait long for her big break in acting when, just weeks after she secured an agent, she auditioned for the role of mysterious young opera singer ‘Chloe’ on “Days of Our Lives.” She nailed the audition, landed the role and moved out to Los Angeles. She has played ‘Chloe’ on and off since 1999 and has also had guest starring roles on “Two and a Half Men,” “CSI,” and many more. Now, Nadia is leaving “Days” to begin her career in film. Nadia has been living with her boyfriend, Brandon, for the past few years. They are both actors in transition mode – the big question is: what will happen if one of their careers takes off, and the other goes nowhere?

Galen Gering is currently a major character on “Days of Our Lives” playing Alison Sweeney’s love interest. He was raised by hippie parents in sunny southern California and in his late teens he moved to NYC and enjoyed a successful modeling career. Galen landed a role on “Passions” in 1999 and has been melting women’s hearts ever since. The soap star has been married for the past 11 years to his actress wife, Jenna, and the couple has two sons.

JP Lavoisier grew up in small town Pennsylvania and studied at the University of the Arts in Philadelphia. His rugged good looks helped land him a role on “One Life To Live” in 2002 and he has been a soap stud ever since. For the last four years he has been dating Farah Fath, though he seems to have no plans to “put a ring on it” any time soon. In fact, he left his last girlfriend because she wanted more than he was able to give. What is going to happen with Farah when she clearly has marriage on the brain? 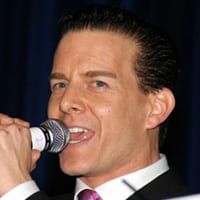 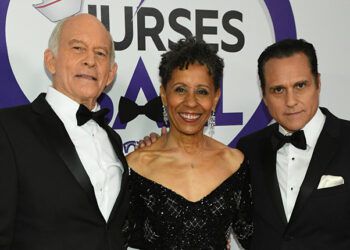 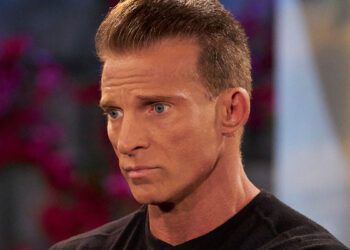 Find Out Who Steve Burton Will Be Playing on ‘Days of our Lives: Beyond Salem’ 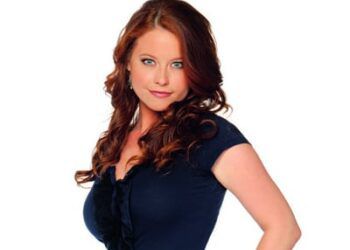