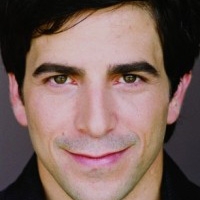 (SoapOperaNetwork.com) — "General Hospital" has cast actor Danny Cistone in the recurring role of Jules, one of the Balkan's (Daniel Benzali) henchman that is holding some high priced inventory from their loved one's.

According to sources, Cistone will debut on the Wednesday, March 2 episode of "General Hospital" when Brenda (Vanessa Marcil Giovinazzo) wakes up from what she thinks is a dream, but turns into a nightmare soon after as Jules presents her with a potentially deadly injection.

In addition to his role on "GH," Cistone is also the Technical Director and Co-founder of Theatre 68 | 68 Cent Crew Theatre Company along with Ronnie Marmo (Ronnie Dimestico). He's appeared in a number of films including "West of Brooklyn" and "A Bronx Tale," which both co-starred Marmo and in the case of "Bronx Tale," James Franco (Franco).